Resourcing Progressive Christians
FacebookTwitterVimeoYoutube
For those who didn’t see Mark Oppenheimer’s article in the New York Times earlier this month, Living the Questions was mentioned in his weekend “Beliefs” feature. Oppenheimer focused on the evangelical group, Fixed Point Foundation, and its effort to air an ad during the super bowl. In “Super Bowl Ads Will Leave a Religious Question Unanswered,” Oppenheimer suggests that, 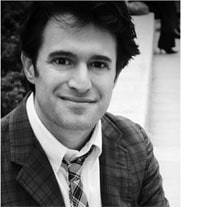 Mark Oppenheimer writes for The New York Times, The New York Times Magazine, Slate, Mother Jones, Tablet, The Forward, and many other publications. He is an editor of The New Haven Review and an occasional commentator on NPR.

“Perhaps he (Larry Taunton of Fixed Point) should share some halftime pork rinds with the folks at Living the Questions, a Phoenix company that publishes liberal Christian education materials. They too had an advertisement rejected, by broadcasters who may have shared Fox’s fear that any religious message could anger some of the audience.

Last month, Living the Questions bought radio time for one of its products on stations in Portland, Ore. The one-minute ad for Saving Jesus, a 12-part video course, begins with the question, “Ever feel like Jesus has been kidnapped and taken hostage by the Christian right?”

In Portland, the advertisement was dropped after the first day by three stations owned by Entercom Radio, and dropped after 10 days, and 36 airings, by KINK-FM, owned by Alpha Broadcasting. Erin Hubert, program director for Entercom, said that although the station received only one complaint about the spot, it was dropped “because a local advertiser wanted that time.”

But David M. Felten, co-owner of Living the Questions, said his media buyer told him in a Jan. 6 e-mail that “there is a radio group in Portland that asked us to pull their online streaming spots off of the air due to some listener complaints.” And KINK-FM was also responding to feedback from listeners, said Amy Leimbach, the director of sales for Alpha Broadcasting.

“If a commercial is offensive to our listeners, regardless of who the client might be, and we get a constant barrage of complaints, we will take it off the air,” Ms. Leimbach said.

Of course, it is unclear who would be more upset by an ad defending Christianity from the “religious right”: those on the religious right, who feel slighted, or secular rock-radio listeners who resent evangelism even from liberal Christians.Ms. Leimbach refused to share any of the many e-mails she said her station received each day the ad aired.

The general reaction, she said, was “I can’t believe KINK would take a position on this,” Ms. Leimbach said. “They felt by running it, the station was taking a position on religion.”

It is not just broadcasters who fear the power of religious advertising to anger customers.

In December, the Fort Worth Transportation Authority ran bus advertisements that read, “Millions of people are good without God.”

Local Christians responded with a bus boycott, and one group hired a van bearing the message “I Still Love You. — God” to follow a city bus. Within a week, the transportation authority resolved the conflict by banning all religious advertising, including that of atheists.

And so, liberated from eternal quarrels, Fort Worth city buses — like Fox Sports and KINK-FM — will have more space to sell us potato chips and car leases.”

Thanks again to Mark Oppenheimer for the ink on LtQ! Thanks also to Chuck Currie, whose hustle with the Portland media, social media savvy, and blog-posts were responsible for bringing LtQ’s radio “drama” to the attention of many.

For a link to the Radio Spot that caused all the hubbub, click HERE.