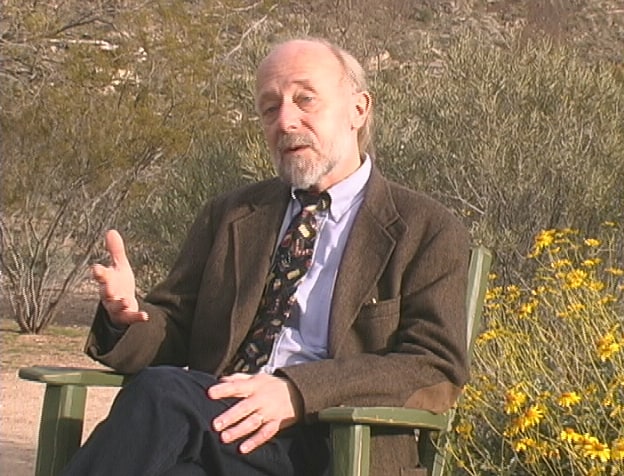 Marcus Borg in "Living the Questions"

It’s that time of year again. Shoppers are rushing home with their treasures — all to honor the birth of a 1st century Jewish peasant. If most folks even think about anything beyond the gifts and carols, the conventional wisdom is that we’re celebrating the occurrence of actual historical events some 2000 years ago — wisdom based on an assumption that the gospels are history.

But even a cursory reading of Matthew and Luke reveal conflicting story lines, characters, and theological agendas that show that they couldn’t possibly BOTH be historically accurate. But that’s OK. Neither one was ever intended to be history, but symbolism. The problem comes when well-meaning believers try to make them into something they were never intended to be.

“To hear these stories is using some of the most ancient archetypal language with one of their central affirmations being, Jesus is the light of the world, the true light that enlightens every person, with even them coming into the world.  That’s the star, the radiant glory of God, and the angels in the night sky.  It is the ability to hear the birth stories as true stories even though you know the star is not an astronomical object of history but probably the exegetical creation of Matthew as he interprets the sixtieth chapter of Isaiah as a literary creation.  Even as you know that Jesus was probably born in Nazareth and not in Bethlehem.  And even as you know that Herod the Great never ordered the slaying of all male babies in Bethlehem under age two, but rather that is the use of the story of the birth of Moses in the time of Pharaoh when Pharaoh issued a similar order and the author of Matthew is saying the story of Jesus is about the story of the true king coming into the world who the evil kings seeks to swallow up.  This is the story of the exodus all over again.  This is the story of the conflict between the Lordship of God known in Christ and the Lordship of Pharaoh and the rulers of this world and the rulers of this world always try to swallow up the one who is of God.  Is that true?  Post-critical naiveté is the ability to hear that as a true story.”

The birth narratives in Matthew and Luke are unlikely to portray much of anything that is “true” historically, but remain beautiful examples of engaging stories that conveyed the gospel writers’ claims of who Jesus was for their communities. Once we get over the need for the stories to be “true” factually, we can re-engage with them and appreciate the richness of their symbolism.