David Felten, co-creator of Living the Questions, visits with Pat McMahon on some of the lesser known elements of the Christmas stories.

For natives of Phoenix, Pat McMahon is a living legend. A pillar of the local media scene for over 50 years, Pat is not only a respected radio and TV host, but was also at the heart of the Emmy winning comedy team that made The Wallace & Ladmo Show the longest running children’s show in television history. Fans of Living the Questions will recognize Pat from his KTAR radio interviews with Marcus Borg and Lloyd Geering.

David has become a regular on McMahon’s “God Show” and other radio and TV broadcasts.  To listen to Pat and David discussing Easter and Halloween, you can find links HERE on The Fountains blog

For the tech goobs out there, here are a couple of behind-the-scenes shots of what the taping looked like before the green screen was transformed into a digital backdrop: 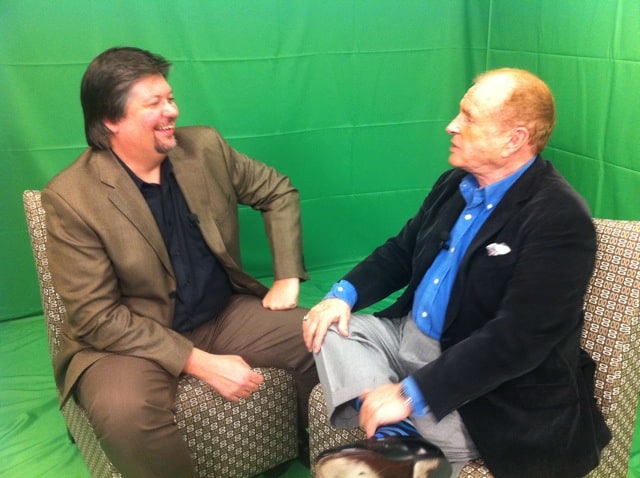