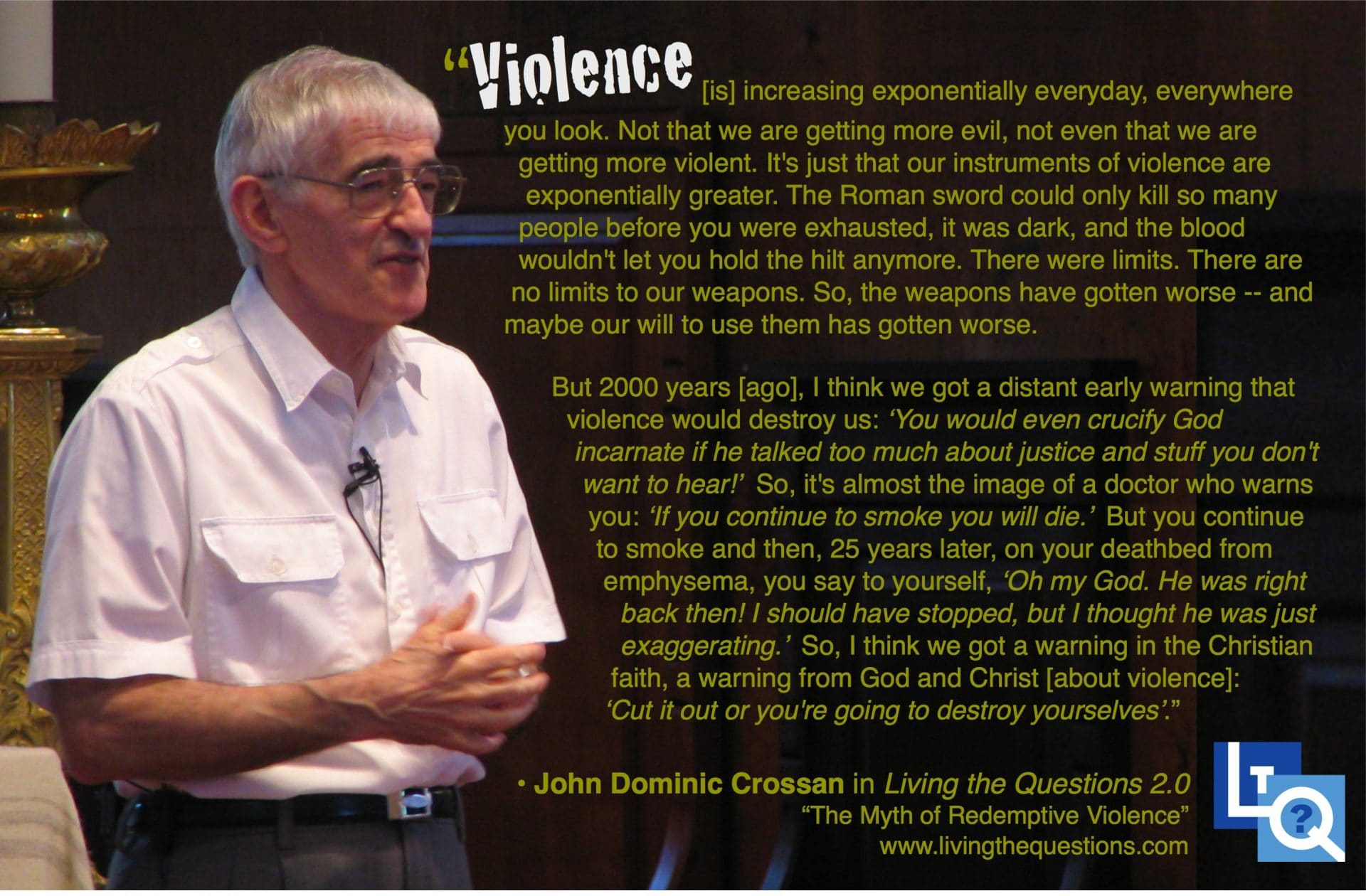 In the aftermath of the Sandy Hook massacre, the  loudest voices seem to be focusing on curbing the availability of certain weapons and preventing unstable individuals from acquiring weapons. But Dom Crossan believes that “The most important question we have to face today really is violence.” Recalling John’s version of Jesus’ trial before Pilate, Crossan points out the way it is commonly misinterpreted: “Jesus himself says to Pilate, ‘My kingdom is not of this world.’  And if he had stopped there, [Pilate] would have said, ‘Well, he means it’s up in heaven.’  No, [Jesus] says, ‘If my kingdom was of this world, [my] guys would be in here to liberate me.’  In other words, ‘We’d use force and violence, just like you people did.’  So a kingdom not of this world is not a kingdom ‘in heaven.’  It is a kingdom here below which does not use force or violence.”

John Dominic Crossan is one of the world’s most respected Jesus scholars and author of numerous books, including “Jesus, a Revolutionary Biography” & “God and Empire: Jesus Against Rome, Then and Now.”  He is featured in a number of Living the Questions programs, including “First Light” and “Eclipsing Empire.”  In 2012, Crossan served as the President of the Society of Biblical Literature (SBL)