Rev. David Felten, co-creator of the “Living the Questions” DVD series, will be featured as the Preacher of the Week at Lakeside Chautauqua in Lakeside, Ohio, beginning Sunday, July 30th.  Felten will be in residence to lead discussions, preach, and lead the daily “Faith for Living Hour.” His theme for the week will be “Letting Go of What’s Holding You Back: From Finger Painting to the Grand Work of Art,” where he’ll explore letting go of some of the traditional bedrock concepts of Christianity in favor of deeper and broader understandings of a Christian faith for the 21st century. Specific topics will include “Letting Go of Our Christian Superiority Complex,” “Letting Go of Being Good,” and “Letting Go of Thinking That ‘God Helps Those Who Help Themselves.’” Sunday’s message will be “Letting Go of a Perfect, Error-free Bible.”

Felten is a pastor who knows from experience that most adults operate spiritually on the information they were taught in 6th grade Sunday School (the last time most adults were exposed to any intentional religious education) – with disastrous consequences. “If there were any other area in our lives in which we were satisfied with functioning at a 6th grade level, we’d be deemed as pretty irresponsible – except with religion. And somehow it’s OK for people to piously reject anything new in favor of gauzy half-remembered platitudes they absorbed when they were 8 years old,” says Felten.

There are a lot of people who are looking for simple, pat answers in life. That’s fine. But there are also a lot of people seeking more depth, maturity, and integrity in their spiritual journeys. For them, letting go of what’s holding them back is the first step on that journey.

To that end, Felten believes that the most critical need in the church in America today is theological re-education for adults. Not just education, but unlearning and then RE-education. The need to “unlearn” much of what passes for faith today is at the heart of his theme for the week – and at the heart of the spirit of Chautauqua.

At its height, the Chautauqua Movement attracted millions to hear educators, preachers, explorers, travelers, scientists, politicians, and musicians. With its four pillars of Recreation, Arts, Education, and Religion, President Theodore Roosevelt hailed it as “the most American thing in America.” Today, Chautauqua is experiencing a renaissance and Pastor Felten says, “It’s an honor to be a part of this historic and respected movement.” 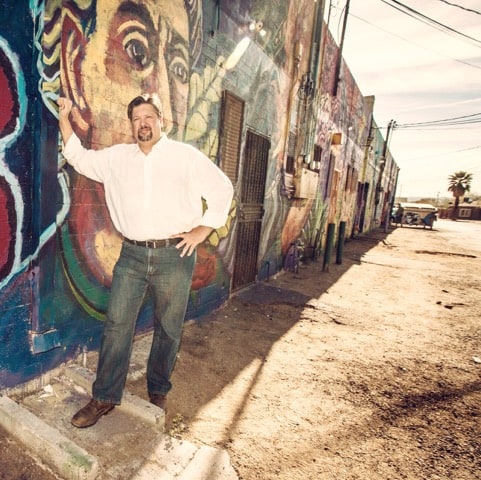 For more information on the Chautauqua schedule of events, accommodations, and passes, visit www.lakesideohio.com