PORTLAND, OREGON – What is media giant Entercom Communications afraid of? Curriculum publisher “Living the Questions” recently contracted with three of Entercom’s Portland area stations, KGON-FM (Classic Rock), KWJJ-FM (Country), KYCH-FM (Classic Hits) to run professionally produced ads as part of their online streaming radio services. Without an explanation beyond “due to listener complaint,” the ads were pulled after only one day.

Living the Questions is a respected resource of video curriculum for progressive Christian communities around the world. The Portland radio spots advertised a new series called “Saving Jesus” with the seemingly balanced introduction:

“Ever feel like Jesus has been kidnapped and taken hostage by the Christian Right? Or maybe even worse, simply cast aside as irrelevant by those on the secular left?”

Portland was chosen specifically because of its established reputation as a liberal-leaning market. However, there seems to be very well organized opposition to any message other than that deemed acceptable to the Christian Right. That or it doesn’t take much for Entercom to be threatened into compliance with the expectations and prejudices of a fraction of their listening community.

And now, after moving the ads to “substitute” Portland radio stations, Alpha Broadcasting’s KINK has pulled the ad because, according to KINK’s Amanda Quillen, programming is “getting flooded with calls & emails” “from angry listeners ‘bothered’ by the message.” Are these angry conservative Christians calling? Angry liberals?

If it is angry Christians defensive about their narrow interpretation of Jesus, how are they any different from Muslim Extremists who react so negatively to representations of the prophet that they deem offensive? What’s going on in Portland?

“I’ve used the Saving Jesus curriculum and other programs from the Living the Questions series at three Portland-area churches,” said The Rev. Chuck Currie, a minister in the United Church of Christ (www.chuckcurrie.com).  “It is deeply concerning to me that Portland radio stations would refuse to air commercials for a Christian education program when they have no qualms about running negative political advertising.  Either these stations are caving to voices from the Religious Right or from those who wrongly assume that all religion is bad.  Banning advertising from progressive Christians is not at all dissimilar to how media in some parts of the country tried to keep The Rev. Dr. Martin Luther King, Jr. and other religious voices fighting for civil rights off the air in the 1960s.”

In a similar development, a print version of the banned radio ad is scheduled to run in the same region in Time, Newsweek, and The Week at the end of January 2011. Although the ad is a simple picture of Jesus along with the questions above, the legal department at Sports Illustrated rejected the ad as too “jarring.” No further explanation was available.

“Saving Jesus” co-author, Jeff Procter-Murphy, has run into similar challenges in the past. He recalls trying to rent a billboard promoting the work of pro-LGBT clergy group, No Longer Silent: Clergy for Justice, in Phoenix. Clear Channel refused to release available billboards for the ad. As Clear Channel had the monopoly on the market, the group had no other options. 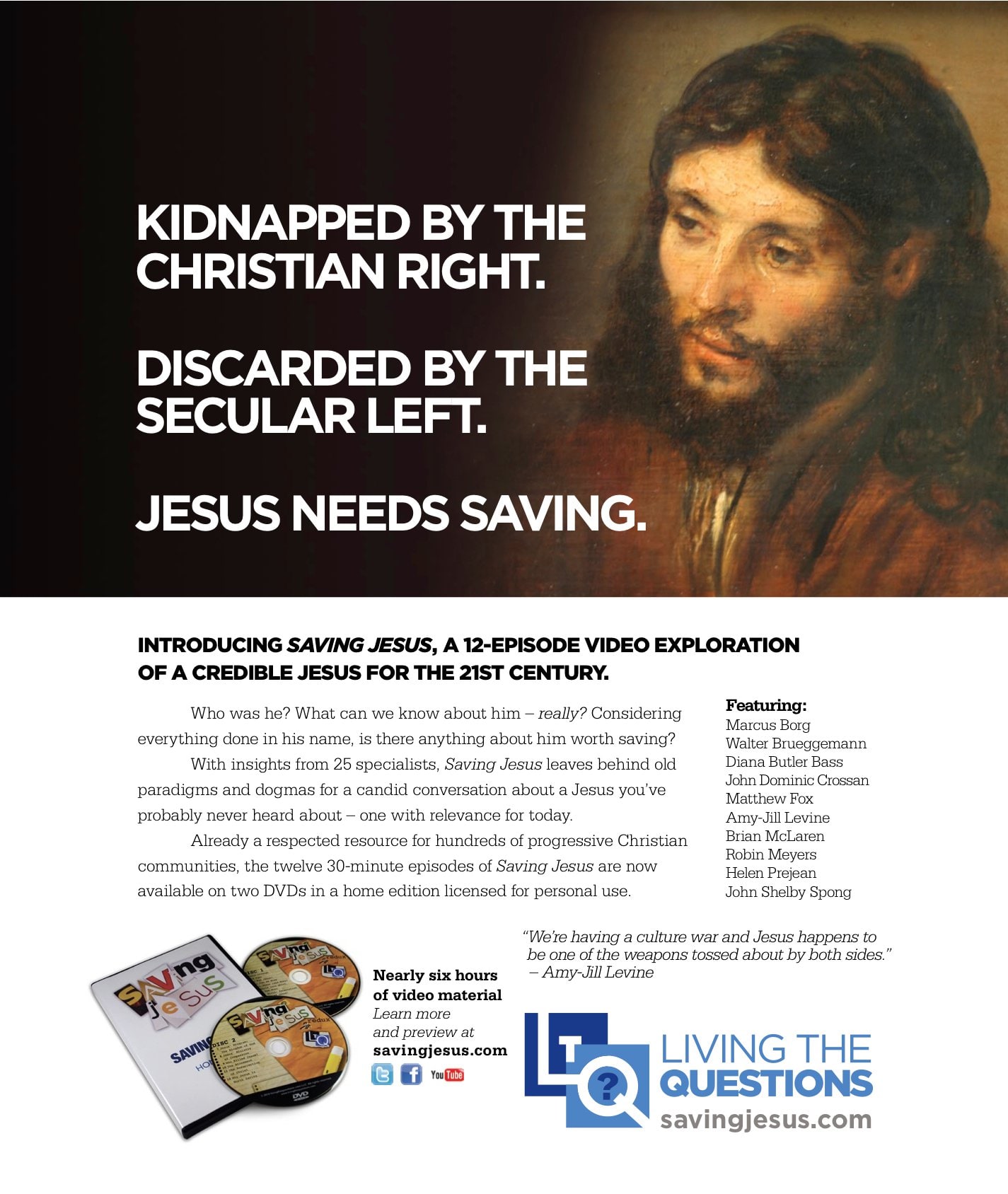