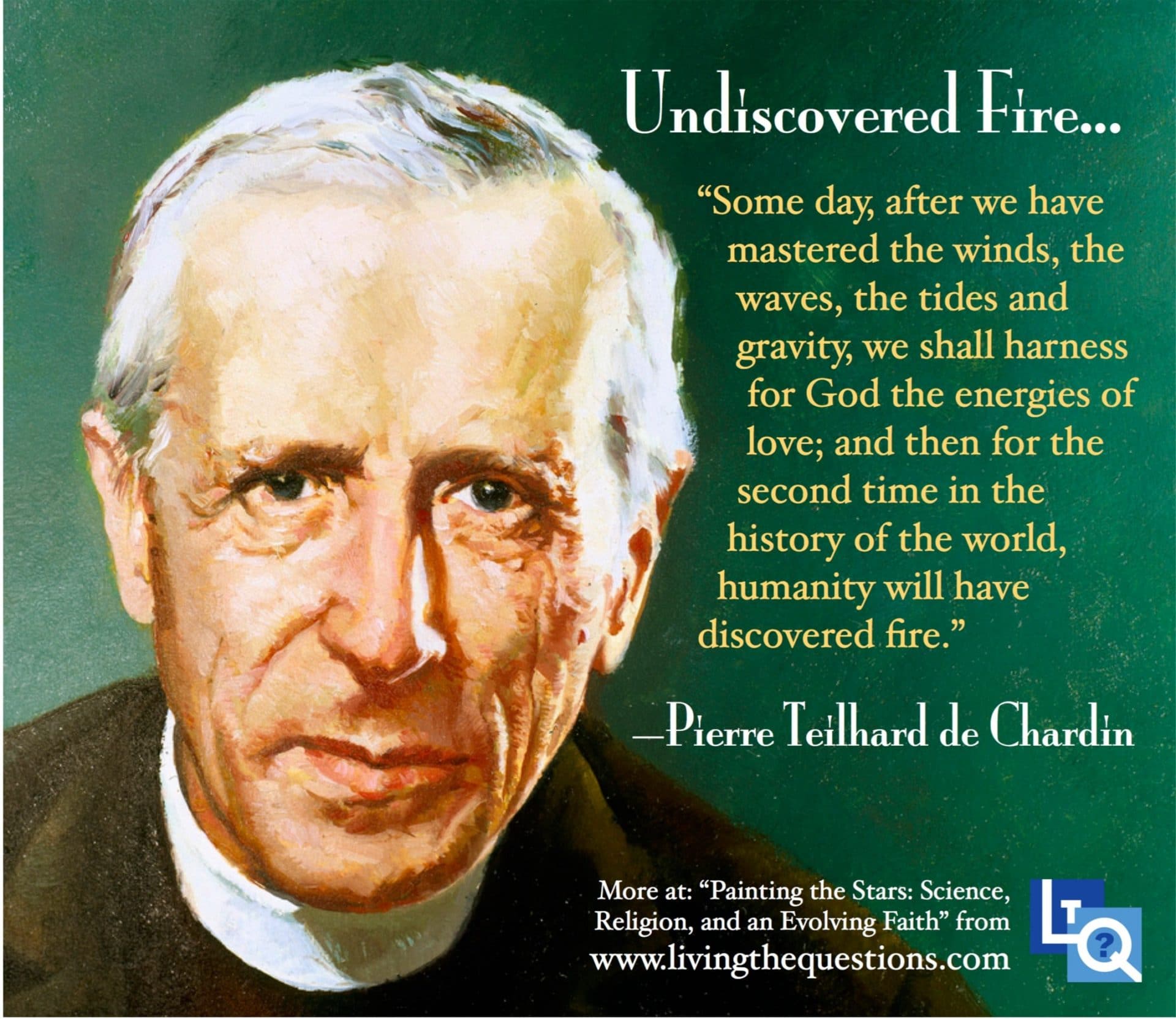 “Some day, after we have mastered the winds, the waves, the tides and gravity, we shall harness for God the energies of love; and then for the second time in the history of the world, humanity will have discovered fire.”

Pierre Teilhard de Chardin was a Jesuit priest and philosopher who trained as a paleontologist and geologist. Many of his ideas came into conflict with the Catholic Church, particularly regarding the doctrine of Original Sin, his views concerning the origin of humanity, and his teaching of evolutionary theory. To limit his influence, the French Jesuits sent him as far away as they could, which at the time was China. Little did they know that he would fall in with a group of scientists who were on the verge of an archaeological breakthrough: the discovery of Peking Man (which only enhanced Teilhard’s reputation). For his work and publications, he was reprimanded, his works were condemned by the Holy Office, and he remained in relative obscurity during his lifetime.