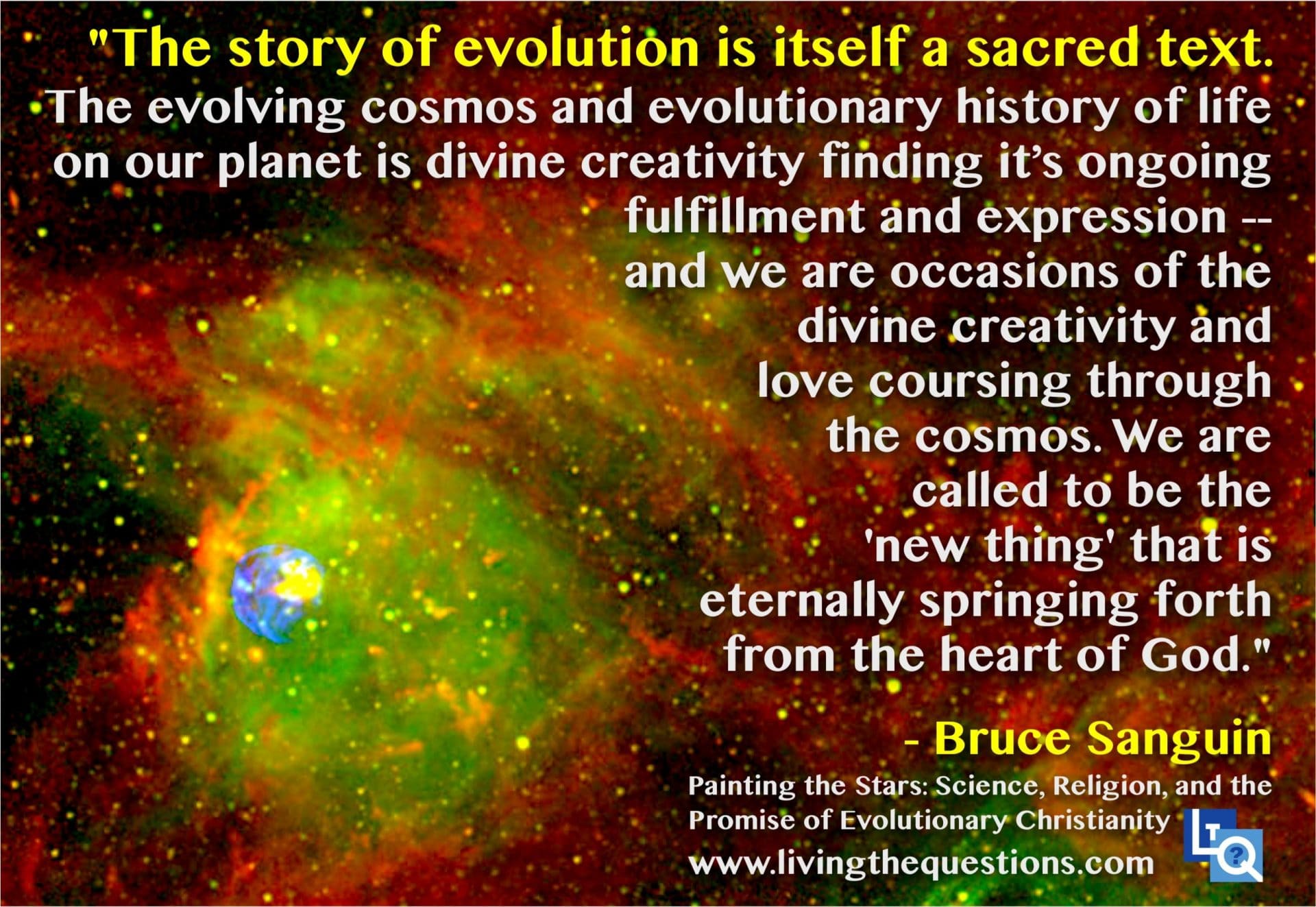 Bruce Sanguin understands evolution as a divine strategy for making a world that can make itself, and that God is in the business of alluring all of creation into the deep enjoyment of realizing the highest possible expression of goodness, truth, and beauty.

“Everything and everybody is involved in a sacred, evolutionary process, including the Christian faith. What might it look like for a church to consciously embrace and celebrate the “blessed unrest” that is coursing through us as a work of Spirit? We have more questions than answers at this point, and that’s part of the adventure.”

As a Christian, Sanguin believes the Heart and Mind of God–that which was in Jesus–is incarnate in every bit of this blessed universe and planet of ours. Along with the rest of life, we need to creatively adapt to changing life conditions, or suffer the evolutionary consequences — which we’re seeing with the decline of the mainline churches. The crisis that we’re going through right now on the planet could very well be birth of a new reality. This creative adaptation and innovation is driven by Spirit. It’s up to us to be part of the evolution.

The author of five books, including If Darwin Prayed: Prayers for Evolutionary Mystics and  Darwin, Divinity and the Dance of the Cosmos: an Ecological Christianity, Bruce is both preparing the participant guide and appearing as a contributor on the upcoming DVD series from Living the Questions: “Painting the Stars: Science, Religion, and the Promise of Evolutionary Christianity.”