Not only is Original Sin NOT in the Bible, Elie Wiesel says that Original Sin is alien to Jewish thinking (and therefore alien to Jesus’ way of thinking). Let’s ditch the whole thing, shall we? 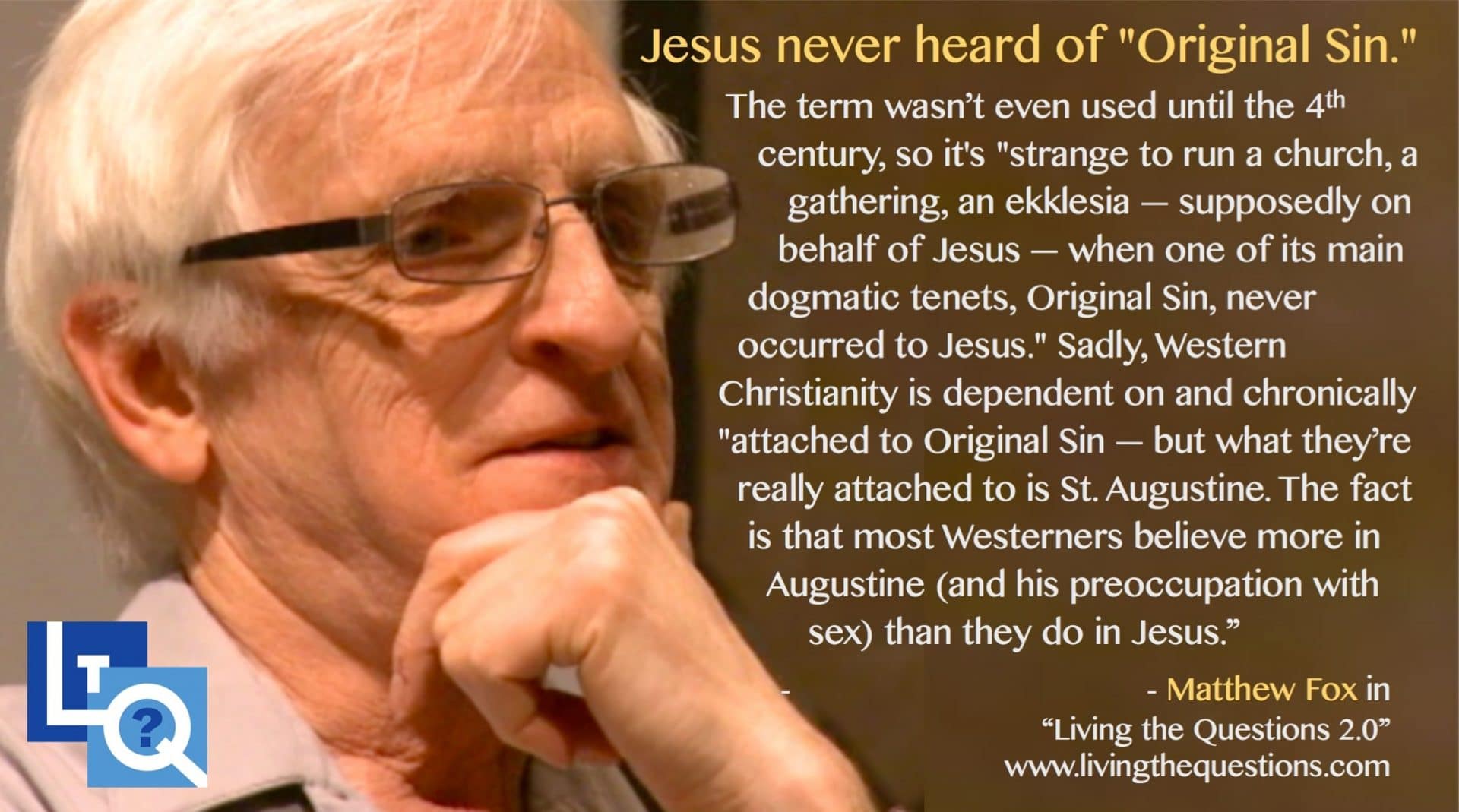 Matthew Fox says, “Jesus never heard of ‘Original Sin’.” The term wasn’t even used until the 4th century, so it’s “strange to run a church, a gathering, an ekklesia — supposedly on behalf of Jesus — when one of its main dogmatic tenets, Original Sin, never occurred to Jesus.” Sadly, Western Christianity is dependent on and chronically “attached to Original Sin — but what they’re really attached to is St. Augustine. The fact is that most Westerners believe more in Augustine (and his preoccupation with sex) than they do in Jesus.”

Matthew Fox is an author, educator, activist, and Episcopal priest. His books include Original Blessing, Creation Spirituality and The Coming of the Cosmic Christ. He appears in a number of Living the Questions DVD series including Living the Questions 2.0 and Saving Jesus Redux